Apply To Own
logo 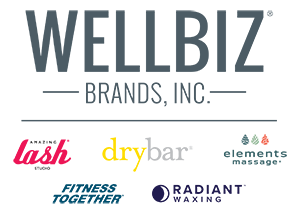 Dusterhoft worked in the pharmaceutical industry for 20 years, but had always wanted to go into business for himself. In 2008, he finally took the plunge and opened his first franchise in Southern Kansas City. Since then, he’s gone on to own and operate multiple franchises, and has been recognized twice by the International Franchise Association (IFA) as Franchisee of the Year. He opened his first Amazing Lash Studio in March, 2016 and has since become a Regional Developer for Amazing Lash Studio overseeing the Kansas City and Topeka markets.

“I feel really lucky to have gotten involved with Amazing Lash because it’s growing at such an incredible rate with strategic direction,” states Dusterhoft. “Getting an opportunity to be a Regional Developer doesn’t come along very often, especially for an industry-leading franchise brand, so when the opportunity came along with Amazing Lash Studio I knew I had to jump in with both feet.”

What Dusterhoft loves most about Amazing Lash Studio is the leadership and support at the corporate level. Dusterhoft shares, “Everyone at Amazing Lash Studio corporate really understands franchising, and they have been able to give me the confidence and foresight to truly understand how to be successful in this business. Amazing Lash is very customer-oriented, not just for our guests in the studios, but at the independent franchisee level, too. They’re always looking for ways to make us more profitable, and that level of commitment is clearly a testament of the huge success we’ve seen in the franchise system as a whole.”

To celebrate the opening, the new Kansas City studio will host a formal community grand opening event and ribbon cutting in late February.

Amazing Lash Studio provides clients semi-permanent eyelash extensions in private lash application suites. Amazing Lash Studio has a patented application process that enables a highly trained staff of licensed estheticians and cosmetologists to complete the service in a fraction of the time required at traditional outlets.

Founded in 2010, Amazing Lash Studios apply semi-permanent eyelash extensions with a proprietary, patented process to the clients’ own lashes, replicating the curve and size of natural lashes. The concept began franchising in 2013 and to date has over 200 open studios in 23 states and 715 Regional Developer Units awarded. In 2018, Amazing Lash Studio earned the rank of #5 on Entrepreneur Magazine’s Top New Franchises, #327 in the Franchise Times Top Franchisors list and #260 on the Inc. 500 in its inaugural year. The brand landed #4 in the 2019 Franchise Times Fast & Serious and #340 on Entrepreneur’s 2019 Franchise 500® list. For additional information, visit AmazingLashStudio.com.